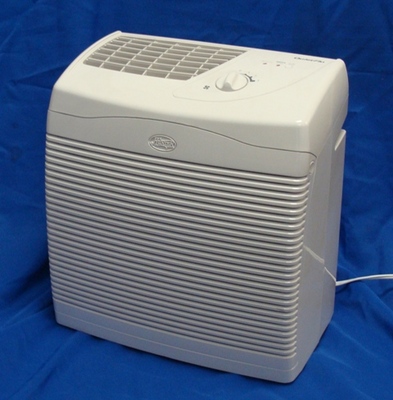 A study by researchers at Johns Hopkins provides some interesting insight into the use of air purifiers at reducing indoor allergens.

At a recent meeting of the American Academy of Allergy, Asthma and Immunology (AAAAI) Johns Hopkins researchers presented findings of tests conducted with three air purifiers in reducing mouse allergens from the air. The air purifiers produced mouse allergen reductions of 75% in the PM 2.5 (2.5 micron) range but did not significantly improve mouse allergen levels in the PM 10 (10 micron) range. The researchers suggested that these reductions were “moderate” and not sufficient to reduce allergic reactions (the authors claim 90% reductions are required) – calling into question the use of air purifiers for allergen avoidance. The researchers also stated that the tests were not conclusive and needed to be reproduced in real environments.

But does this study really call into question the use of air purifiers to reduce allergen levels? Our analysis of the test methodology and the test results did not confirm these conclusions. The study is interesting in that it shows the effects of particle deposition on allergen reduction and the need for relatively high air exchange rates through an air purifier to decrease particle counts. It also shows that source control is a necessary component of an effective allergen avoidance strategy.

The study was headed by Elizabeth Matsui, MD, of Johns Hopkins University and presented by Laura Chong, MD, also of Johns Hopkins. Testing of the air purifiers was conducted in a special 110-square-foot “mouse room” in which 200 mice are kept. The room is ventilated to achieve 3.6 air exchanges per hour. Three types of air purifiers were tested: a purifier using an electret filter (Filtrete FAP-02), a HEPA product (Holmes HEPA 625) and a room ionizer (Ionic Pro Turbo). Each device was left in the room for two weeks, then removed for two weeks. Levels of the mouse allergen, in particle mass of 10 microns or less (PM 10) and 2.5 microns or less (PM 2.5) were measured periodically during each period.

The Ionic Pro ionizing device was rated by its manufacturer to be adequate for spaces up to 500 square feet. (It should be noted that the Ionic Pro has been found to emit relatively high levels of ozone in tests by Consumer Reports.) The Filtrete device had a claimed coverage area of 160 square feet while the HEPA filter had a stated coverage area of 210 square feet. Clean air delivery rates (CADR) for the Filtrete product were 103 cubic feet per minute for smoke and 128 cfm for dust. The HEPA filter had a CADR of 140 cfm for both smoke and dust.

In order to put these findings into their proper perspective it is necessary to understand the effects of gravity on different sized particles in air. A 10 micron sized particle falls at a rate of 7.1 inches per minute and will generally “settle” to the floor within 10 minutes. On the other hand a 1 micron size particle falls at a rate of 5.1 inches per hour and will stay in the air for an extended period of time. What this means is that to capture the larger particles, they either need to be in close proximity to the air purifier or the air purifier has to have sufficient air flow capacity to overcome the effects of gravity.

In addition, the “mouse room” with it’s 3.6 ACH had a relatively high air exchange rate in comparison to the average indoor environment. The typical residence has natural ventilation of 0.5 ACH to 1.5 ACH. This means that the “ambient” environment in the room removed particles two to six times faster than the average building. Consequently, the “improvements” in particle counts using the air purifiers were based on higher than normal baselines.

Most of the mass of the particles in the PM10 range comes from particles greater than 2.5 micrometers in size. Filter tests the electret filter and the HEPA filter show these filters should capture in excess of 90% of the particles reaching the filters. Therefore, it is somewhat surprising that the electret and the HEPA filters only reduced PM10 by 38%. It appears that the larger mass particles are not staying in the air long enough to reach the filtration devices.

It should also be noted the requirement of a 90% reduction is somewhat arbitrary. Allergic reactions vary considerably from person to person. What would be an insufficient reduction in exposure for some would be adequate for others. If 90% allergen reduction is indeed the goal, then the study should have tested air cleaners with sufficient efficiency and cleaning capacity to achieve this goal. In other words, the study illustrated that small air cleaners may be inadequate but not that all air cleaners would be incapable of achieving the desired reductions.

Finally, the study emphasizes the importance of source control for reducing allergen exposure. If one has a rodent problem, the answer is not to purchase an air purifier. The answer is to eliminate the source of the allergen ie.exterminate the mice. In the case of the Johns Hopkins study this was hardly an option. But it can and should be part of the approach to reducing indoor allergens. Once the source is controlled, then an air purifier with sufficient air flow is a realistic enhancement.

This conclusion is borne out by the Inner City Asthma Study. In this study published in the New England Journal of Medicine (September 2004) and co-funded by the National Institute of Allergy and Infectious Diseases (NIAID) and the National Institute of Environmental Health Sciences (NIEHS), it was found that a HEPA air cleaner when used in conjunction with dust mite proof mattress and pillow covers, professional extermination and a HEPA vacuum dramatically reduced asthma symptoms.

This study involved over 900 children between the ages of 5 and 11 in seven major metropolitan areas. The children living in homes with these simple environmental controls had an average of 21 fewer days of symptoms in the first year and an average of 16 fewer days during the second, or follow-up year. In addition, the benefits of the intervention occured rapidly. Investigators noted significant reductions in symptoms just 2 months after the study began.

Dr. Anthony Fauci, Director of NIAID stated: “For millions of children living with asthma, this important research demonstrates that taking practical steps can achieve long-term benefits in the form of better quality of life, fewer emergency room visits and lower healthcare costs.” Dr. Kenneth Olden, Director of NIEHS, summarized the results as follows: “These study results are exciting because they show that changes made in the home environment can produce a reduction in symptoms comparable to that achieved with that of asthma inhalers.”

In conclusion, the Johns Hopkins air purifier research provides some interesting information regarding the challenges of removing airborne particles. First, larger particles settle out of the air quickly and are difficult to capture. Secondly, an air purifier needs to have sufficient capacity to provide an adequate number of air changes per hour to remove target medium and small particles. Thirdly, source reduction needs to be a part of any environmental control strategy.