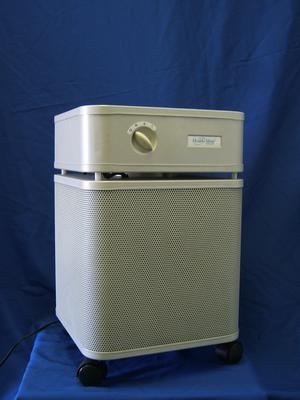 In the last week a number of articles have appeared in newspapers, magazines and TV with the headline: “Air Cleaners: Even the most effective Could be a Questionable Investment.” These articles are based on the Consumer Reports study of air cleaners in their October issue. The main conclusions of the article were that stand-alone ionic air cleaners and electronic precipitators such as the Ionic Breeze by Sharper Image and the Oreck model were not recommended since they were very ineffective at reducing particles and created ozone – a known lung irritant. They also stated that according to medical experts there is “little evidence that any air cleaner alone will reduce the effect of indoor pollutants for those with allergies and asthma.”

While it is true that air cleaners ALONE have been shown to have little effect on allergies and asthma, it has also been shown that effective HEPA air cleaners, when used as a part of a comprehensive program of environmental controls, are very beneficial for those with asthma. In a major study published in the New England Journal of Medicine (September 2004) and co-funded by the National Institute of Allergy and Infectious Diseases (NIAID) and the National Institute of Environmental Health Sciences (NIEHS), it was found that a HEPA air cleaner when used in conjunction with dust mite proof mattress and pillow covers, cockroach extermination and a HEPA vacuum dramatically reduced asthma symptoms.

This study involved over 900 children between the ages of 5 and 11 in seven major metropolitan areas. The children living in homes with these simple environmental controls had an average of 21 fewer days of symptoms in the first year and an average of 16 fewer days during the second, or follow-up year. In addition, the benefits of the intervention occured rapidly. Investigators noted significant reductions in symptoms just 2 months after the study began.

Dr. Anthony Fauci, Director of NIAID stated: “For millions of children living with asthma, this important research demonstrates that taking practical steps can achieve long-term benefits in the form of better quality of life, fewer emergency room visits and lower healthcare costs.” Dr. Kenneth Olden, Director of NIEHS, summarized the results as follows: “These study results are exciting because they show that changes made in the home environment can produce a reduction in symptoms comparable to that achieved with that of asthma inhalers.”

The major point of the study is that people are usually sensitive to more than one allergen. Consequently, a single measure will have limited success. However, when proven environmental controls are used together the benefits can be substantial.