In recent years more and more studies have been published showing that increased levels of sub-micron sized particles in the air result in higher levels of inflammation.  This inflammation has been found in the cardiovascular and the respiratory system of exposed individuals resulting in increased morbidity and mortality.  Increased levels of heart attacks and asthma attacks have been shown to correlate with increased sub-micron sized particle counts in outdoor air.

Over 99% of the number of particles in indoor air are less than 1 micron in size.   Additionally, sub-micron sized particles are so small that they penetrate past the normal human protective mechanisms and penetrate deep into the lungs.  While they have smaller mass, they also have more surface area than larger particles and are more efficient in causing reactions in the human body.  They also stay in the air for much longer periods of time and are more likely to be inhaled.

Allergy, asthma and respiratory physicians I have talked to about sub-micron sized particles in indoor air have all told me the same thing.  “It is not just the size of the particle that matters – it is also the type of particle.  What is it?”  It stands to reason that one needs to know both the number and the nature of sub-micron sized particles to assess their effect on human health.  High indoor sub-micron particle counts can’t be good, but how concerned do we need to be with them?

We have a good idea of the size of allergen particles.  For example, mold spores go from approximately 2 microns to 100 microns in size.  Pollen starts at about 4 to 5 microns and goes to over 150 microns.  Cat dander is about 4 microns.  Consequently, allergen avoidance measures have focused on a known particle size.  But these sizes are for complete allergen particles.

Like any solid, allergen particles can break down into smaller fragments.  As mentioned above these smaller fragments are numerous, have high surface area to mass ratios and penetrate deep into the lungs.  Consequently, they could add significantly to the allergen load and have an effect on allergic reactions.   Up until now they have been difficult to identify and measure.

In a recent study entitled “Fungal Fragments in Moldy Houses: A Field Study in Homes In New Orleans and Southern Ohio” by Reponen et al. the researchers developed a method for identifying the mold content of sub-micron size indoor air particles.  They used an assay of a stable fungal component to identify the fungal fragments in indoor air samples taken from moldy homes.  Fungal particles were broken down into three size categories: 1) 2.25 um or greater (spores) 2) 1.05 – 2.25 um and 3) less than 1.0 um.  They found that fungal fragments were much higher in the winter months with lower indoor humidity levels.  They also found that fungal fragments (less than 1.0 um) were anywhere from 200 times to over 1,000 times more abundant than fungal spores.  Just as important – the mass of fungal fragments represented anywhere from 20% to 100% of the mass of fungal spores. 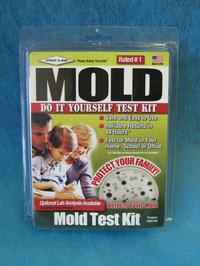 Even though this study was conducted in “moldy” houses with a small sample it shows us that the sub-micron sized particles can be a significant source of allergen exposure.  It is clear that the sub-micron size particles are not to be ignored.  To answer the question in the title of this piece – “How Concerned Should We Be with the Filtration of Sub-micron Sized particles? – very concerned.  In fact to improve indoor air quality one must focus on reducing particles in this size range.  To minimize these sub-micron size particles one must utilize a combination of source control, ventilation, differential pressure and removal through filtration.

Unfortunately, the ASHRAE 52.2 system for testing filters does not address the sub-micron size particles except for high efficiency filters.  When calculating the MERV (Minimum Efficiency Reporting Value) of filters using ASHRAE 52.2 one takes into consideration the efficiency of the filter in three size ranges – E1 (0.3um to 1um), E2 (1um-3um) and E3 (3um to 10um).  The chart used to determine the MERV requires over 75% efficiency in the E1 range at MERV 14.  (For a complete explanation of ASHRAE 52.2 see (https://www.texairfilters.com/articles/what-is-a-merv-air-filter-testing-explained/.)  For all other filters there is no E1 requirement.  (Oddly enough the MERV 13 level requires filters to have an E1 of <75% which, of course, is the same for MERV’s 1-12).  The problem is the vast majority of filters sold in the market are not high efficiency filters.

The rationale behind the MERV system is that it gives the filter user the information necessary to select a filter that will remove particles in a target size range.  For example, mold spores go down to about 2 microns in size.  Therefore, one would focus on a filter that had an acceptable level of efficiency on particles of 2 microns or greater.  What we now know is that the “target particles” need to be much smaller and include the sub-micron sizes.  By not using the E1 data the filter user has no idea of how the filter will perform at improving indoor air quality.

As we have seen in our tests there is a big difference in sub-micron size efficiency in filters that have the same MERV number. ( https://www.texairfilters.com/articles/comparing-the-efficiency-of-different-types-of-merv-8-air-filters-in-a-room-environment/ ).  Pleated filters that use electret media are far more efficient at removing particles less than 1 micron than pleated filters using just mechanical media, polyester pads, or ring panels.  This is supported by ASHRAE 52.2 test results.  In tests conducted by independent laboratories the E1 (particles 0.3 to 1 micron) for MERV 8 polyester media is 4%, the E1 for MERV 8 ring panels is 5% and the E1 for MERV 8 mechanical pleated filters is 10-11%.  The E1 for MERV 8 pleated filters using electret media is 27-30%.  This means that the MERV 8 electret media pleated filter is 7 times more efficient on the sub-micron size particles than a MERV 8 polyester pad, 5-6 times more efficient than a MERV 8 ring panel and 2 1/2 times more efficient than a MERV 8 mechanical media pleated filter.  Our test results in the room environment support these figures. Similar results would be expected in buildings using these various types of filters.  It is also important to note that these differences in sub-micron particle efficiencies are maintained throughout the anticipated life of the filters.

A long term solution to this issue needs to be a change in the ASHRAE 52.2 reporting system.  It should be required to have a minimum level of efficiency on sub-micron sized particles (E1 – 0.3um to 1um) for all MERV levels over MERV 4.    That way purchasers of air filters can be assured that their filters will be able to provide a reasonable level of indoor air quality.

Until that change is made, purchasers of air filters should request copies of the ASHRAE 52.2 test results for filters.  These test results will show E1 numbers.  If these numbers are low, consideration should be given to selecting filters that will be more efficient at removing sub-micron size particles.